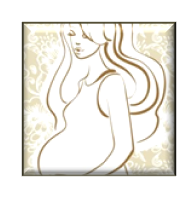 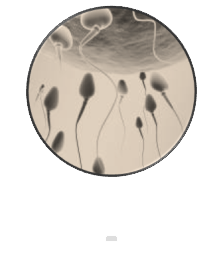 Infertility is fundamentally the inability to conceive offspring. Infertility also refers to the state of a woman who is unable to carry a pregnancy to full term. There are many biological causes of infertility, including some that medical intervention can treat. Infertility has increased by 4% since the 1980's, mostly from the problems with fecundity [the ability to reproduce] due to an increase in age. About 40% of issues involved with infertility are due to the man, another 40% due to the woman, and 20% result from complications with both partners.

Women who are fertile experience a natural period of fertility before and during ovulation, and they are naturally infertile during the rest of the menstrual cycle. Fertility awareness methods are used to discern when these changes occur by tracking changes in cervical mucus or basal body temperature.

The World Health Organization defines infertility as follows:
Infertility is the inability to conceive a child. A couple may be considered infertile if, after two years of regular sexual intercourse, without contraception, the woman has not become pregnant [and there is no other reason, such as breast-feeding or postartum amenorrhoea].

Causes in either sex.

Factors that can cause male as well as female infertility are:

The following causes of infertility may only be found in females. For a woman to conceive, certain things have to happen: intercourse must take place around the time when an egg is released from her ovary; the systems that produce eggs and sperm have to be working at optimum levels; and her hormones must be balanced.

Another major cause of infertility in women may be the inability to ovulate. Malformation of the eggs themselves may complicate conception. For example, polycystic ovarian syndrome is when the eggs only partially developed within the ovary and there is an excess of male hormones. some women are infertile because their ovaries do not mature and release eggs. In this case synthetic FSH by injection or Clomid [Clomiphene citrate] via a pill can be given to stimulate follicles to mature in the ovaries.

Other factors that can affect a woman's chances of conceiving include being overweight or underweight, or her age as female fertility declines after the age of 35.
Sometimes it can be a combination of factors, and sometimes a clear cause is never established.

Common causes of infertility of females include:

The main cause of male infertility is low semen quality. In men who have the necessary reproductive organs to procreate, infertility can be caused by low sperm count due to endocrine problems, drugs, radiation, or infection. There may be testicular malformations, hormone imbalance, or blockage of the man's duct system. Although many of these can be treated through surgery or hormonal substitutions, some may be more indefinite. Infertility associated with viable, but immotile sperm may be caused by primary ciliary dyskinesia.

In some cases, both the man and woman may be infertile or sub-fertile, and the couple's infertility arises from the combination of these conditions. In other cases, the cause is suspected to be immunological or genetic; it may be that each partner is independently fertile but the couple cannot conceive together without assistance.

If both partners are young and have been trying without success, a visit to a physician or women's health nurse practitioner could help to highlight potential medical problems earlier rather than later. The doctor may be able to suggest lifestyle changes to increase he chances of conceiving.

Women over the age of 35 should see their physician after six months as fertility tests can take some time to complete, and age may affect the treatment options that are open in that case.

A doctor takes a medical history and gives a physical examination. They can also carry out some basic tests on both partners to see if there is an identifiable reason for not having achieved a pregnancy. If necessary, they refer patients to a fertility clinic or local hospital for more specialized tests. The results of these tests help determine the best fertility treatment.

Treatment depends on the cause of infertility, but may include counselling, fertility treatments, which include in vitro fertilization. Couples with an estimated live birth rate of 40% or higher per year are encouraged to continue aiming for a spontaneous pregnancy. Treatment methods for infertility may be grouped as medical or complementary and alternative treatments. Some methods may be used in concert with other methods. Drugs used for woman include Clomiphene citrate, Human menopausal gonadotropin, Follicle-stimulation hormone, Human chorionic gonadotropin, Gonadotropin-releasing hormone analogs, Aromatase inhibitor, Metformin.

Medical treatment of infertility generally involves the use of fertility medication, medical device, surgery, or a combination of the following. If the sperm are of good quality and the mechanics of the woman's reproductive structures are good [patent fallopian tubes no adhesions or scarring], physicians may start by prescribing a course of ovarian stimulating medication. The physician may also suggest using a conception cap cervical cap, which the patient uses at home by placing the sperm inside the cap and putting the conception device on the cervix, or intrauterine insemination [IUI], in which the doctor introduces sperm into the uterus during ovulation, via a catheter. In these methods, fertilization occurs inside the body.

ART techniques generally start with stimulating the ovaries to increase egg production. After stimulation, the physician surgically extracts one or more eggs from the ovary, and unites them with sperm in a laboratory setting, with the intent of producing one or more embryos. Fertilization takes place outside the body, and the fertilized egg is reinserted into the woman's reproductive tract, in a procedure called embryo transfer.

The consequences of infertility are manifold and can include societal repercussions and personal suffering. Advances in assisted reproductive technologies, such as IVF, can offer hope to many couples where treatment is available, although barriers exist in terms of medical coverage and affordability. The medicalization of infertility has unwittingly led to a disregard for the emotional responses that couples experience, which include distress, loss of control, stigmatization, and a disruption in the developmental trajectory of adulthood.

The emotional losses created by infertility include the denial of motherhood as a rite of passage; the loss of one's anticipated and imagined life; feeling a loss of control over one's life; doubting one's womanhood changed and sometimes lost friendships; and, for many, the loss of one's religious environment as a support system.

Emotional stress and marital difficulties are greater in couples where the infertility lies with the man.

In many cultures, inability to conceive bears a stigma. in closed social groups, a degree of rejection [or a sense of being rejected by the couple] may cause considerable anxiety and disappointment. Some respond by actively avoiding the issue altogether; middle-class men are the most likely to respond in this way.

Homoeopathic medication is available to treat conditions of infertility. Medication includes treating the female as well as the male partner according to their symptom picture. 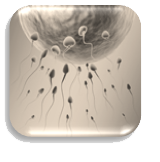